Armasight is excited to introduce its latest and most technologically advanced family of Apollo Thermal Imaging clip-on systems to the sporting, law enforcement and military markets. The Apollo product line developed based on the FLIR Tau 2 VOx microbolometer core and optimizing performance, price, and state-of-the-art technology for a variety of users, from the committed hunter to the military designated marksman.

The Apollo is an uncooled long-wave thermal clip-on device intended to mount in front of the existing magnified day sight. The immediate advantages of this approach of converting the day scope into a thermal imaging device include no change in cheek weld, no change in trigger reach, and continued use of existing ballistic reticules in the day scope. The 24/7 mission capability is only one of the strengths of the Apollo. The thermal imaging technology also allows you to detect targets by cutting through snow, dust, smoke, fog, haze, and other atmospheric obscurants.

The Armasight by FLIR Apollo eliminates the traditional requirement of removing your existing day scope from your rifle, to replace it with a dedicated thermal sight (which would also involve re-zeroing). The Apollo simply mounts in front of your own standard daytime optical sight. Factory bore-sighted to tolerances of less than 1 MOA, no re-zeroing is required. The Apollo allows the user to maintain consistent eye relief and shooting position, and because the user views his own day scopes reticle (which he is familiar with), no re-training is required.

In addition to being the smallest and lightest in their class, Apollo thermal imaging clip-on systems are characterized by their simple and intuitive controls, functions, and features that are layered among direct button adjustments, direct combination button functions, and electronic menu selections. This “layering” of easy-to-understand control functions provides the operator with a framework for customizing his preferences and exploiting the robust variety of setting options available in the Apollo. The Apollo has a unique series of menu selectable temperature sensitive “scenarios” for rapid target detection, in addition to a variety of color display presentations based on a rich, upgradeable software package. A wireless remote switch is included to activate the Apollo thermal imaging clip-on system when positioned in the “standby” mode. The Apollo has the ability to record imagery and is equipped with a video-out capability in operator selectable NTSC or PAL formats. The Apollo uses the same multi-pin connector to provide video-in imagery, where there is a need for map display overlay, and external power access.

Read Todd’s article about what to know before buying a thermal scope: 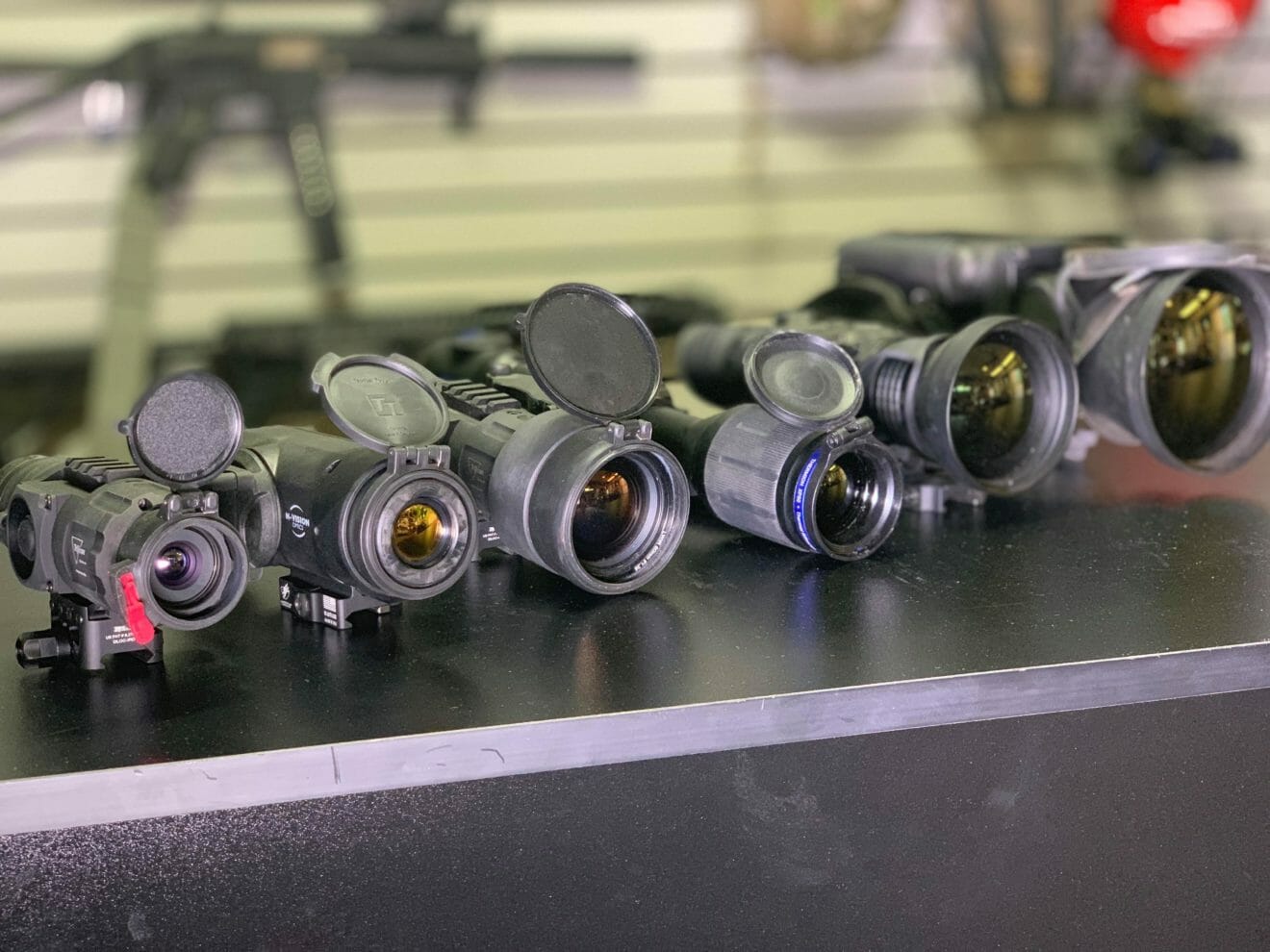 What to Know Before Buying a Thermal Scope
There are lots of options to consider when buying a thermal scope. It is a large investment for most people and can cost…

Active Contrast Enhancement (ACE) – a digital “Contrast” correction that allows for a smart scene optimization based on dynamic adjustments where a variety of contrast levels occur depending on relative scene temperature.
Second Generation Digital Detail Enhancement (DDE) – a “Sharpness” correction that is digitally enhances the picture to present clearer imagery, significantly improves edge sharpening and further reduces image noise.
Smart Scene Optimization (SSO) – a fine-tuning computational correction that significantly improves an overall visual acuity for targets that have thermal signatures similar to a surrounding background.
Automatic Gain Control (AGC) – a “Gain” correction that used to automatically adjust the gain to an appropriate range, the weaker the image signal, the stronger the gain.
User-Controlled Manual Non-Uniformity Correction/Flat-Field Correction (UCMNUC/FFC). There is a mechanical shutter between the camera sensor and the lens. This shutter is used to perform a non-uniformity correction (NUC) also known as flat-field correction (FFC. During FFC, the shutter presents a uniform temperature source to each detector element in the array. While imaging the flat-field source, the camera updates the offset correction coefficients, resulting in a more uniform image after the process is complete. All Apollo models allow for user to manually trigger or interrupt scheduled UCMNUC/FFC function.
Silent Shutterless NUC ™ (SSN) – In addition to user controlled manual NUC/FFC all Apollo models employ a digital supplemental non-mechanical flat-field correction that allows to extend the periods between mechanical shutter events and to further reduce image noise. SSN is always ON enhancement.